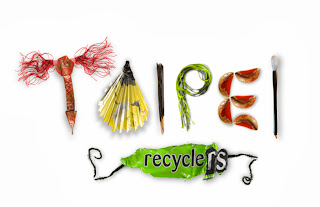 I was invited to Taipei August 2012 to participate with my film "Berlin Recyclers" at the exhibition „Ambiguous Being“ in Hong Gah Museum. Once in Taipei I thought this is a wonderful opportunity to make the next "Recyclers" film about Taipei. So I stayed for 2 months in order to collect waste, typical local products, make field-recordings and take background photos. Contrary to the last recyclers films I brought all the waste back to Berlin, where I produced the film in 2013.

RADIO INTERVIEW
Listen to a radio interview i gave in Taipei for a german channel:

SCENES
Worm
The starting scene is about street noise. We hear a dumpling and a gas-bomb seller, a police man blowing his whistle, the garbage car song and traffic noise. Taipei`s streets are very noisy, but as soon as you turn into the tiny lanes between the blocks, there is calmness. This perception I wanted to express while entering a black whole in the wall and leave the noise behind. But first two curious creatures, who are attracted by the sounds of the streets, leave these wholes. 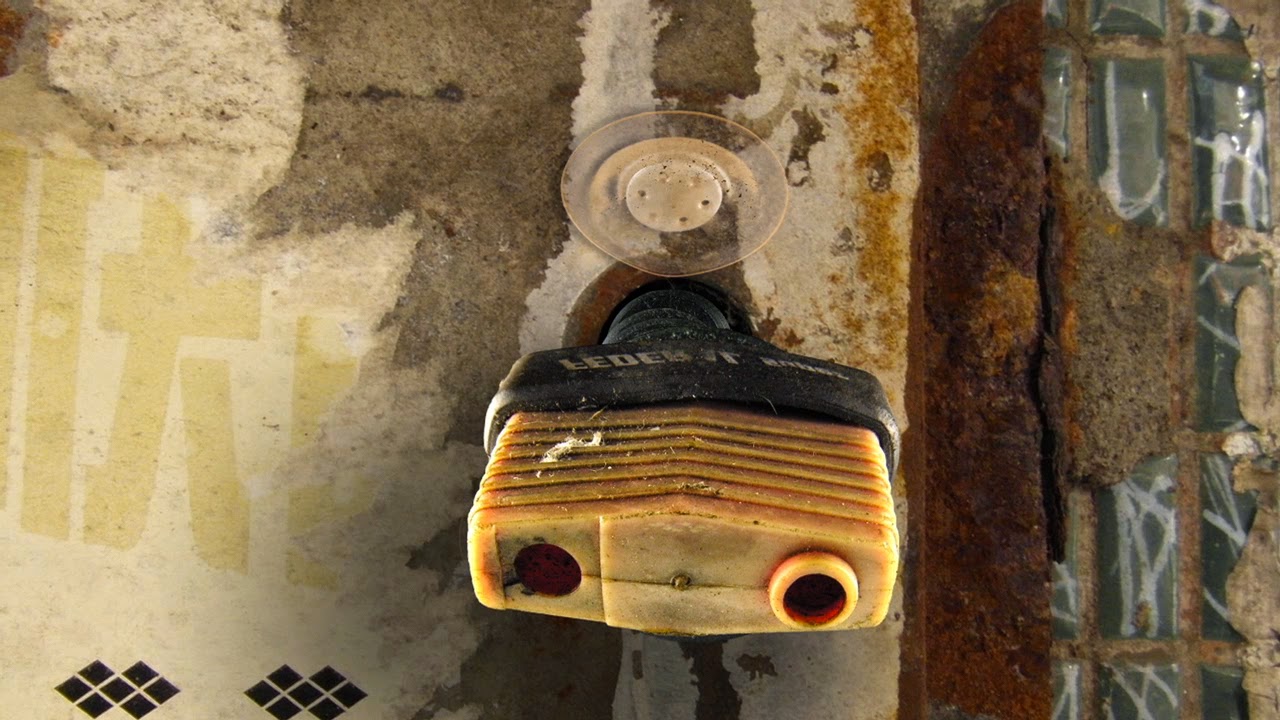 Dragon Scene
The scene is introduced by heavy rain, which is enormous and common during the typhoon season. Then we enter black space. Taipei is a 24h city, never asleep, plenty of night markets and life in the streets, thats the reason I chose black space for a scene. The music of this scene was recorded during ghost month at a temple ceremony in Guting district. There people in dragon and snake costumes were performing, accompanied by explosive fireworks. I animated a transformation of different dragon faces using a mask for their faces. It is very common to see people wearing surgical masks for protection in Taipei. But instead of hiding the face I used this mask to create a face. The scene finishes with an enormous firework accompanied by chains of lampoons, which always hang close to temples. 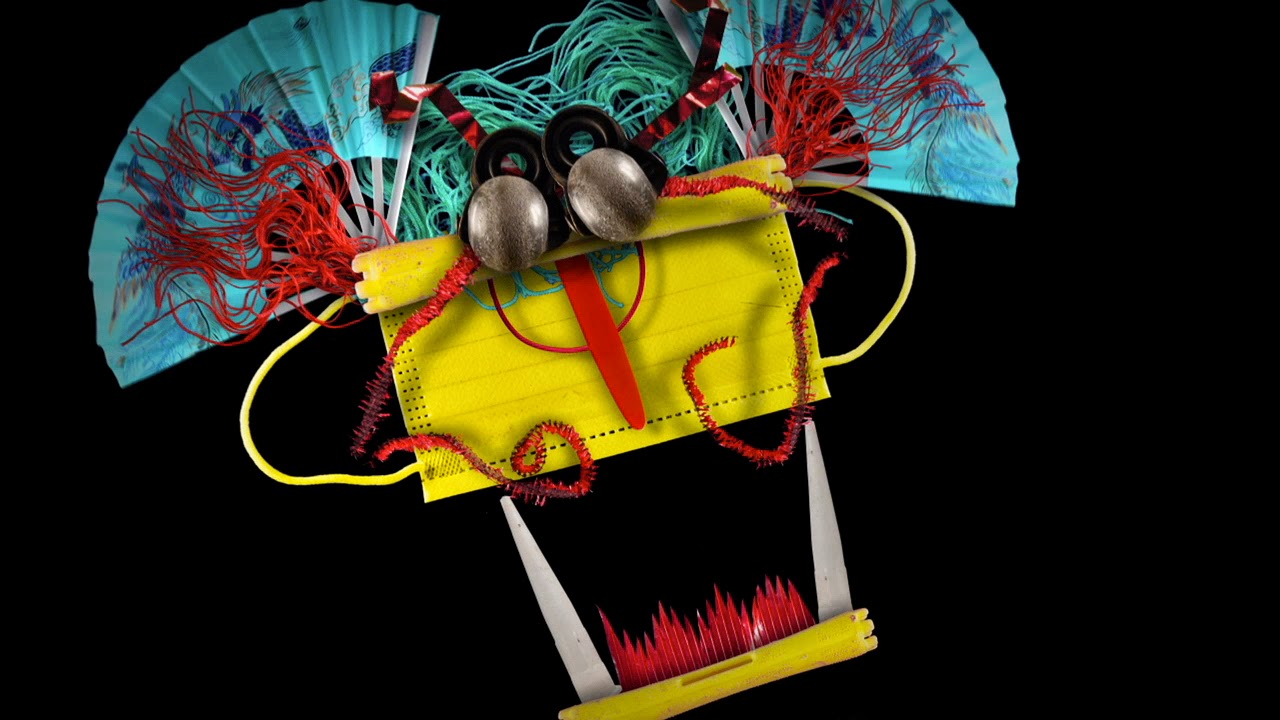 Chopping Fish
Taipei is full of open air cooking and the smell of food hangs in the streets everywhere. We hear the sound of chopping meat, while a fish gets created, bone by bone with each chop. Once completed the fish starts to escape from the invisible, chopping knife till he jumps out of the picture and we hear the sound of frying. The fish was created with a variety of dental floss gadgets, which i found in all different shapes en masse in the streets. 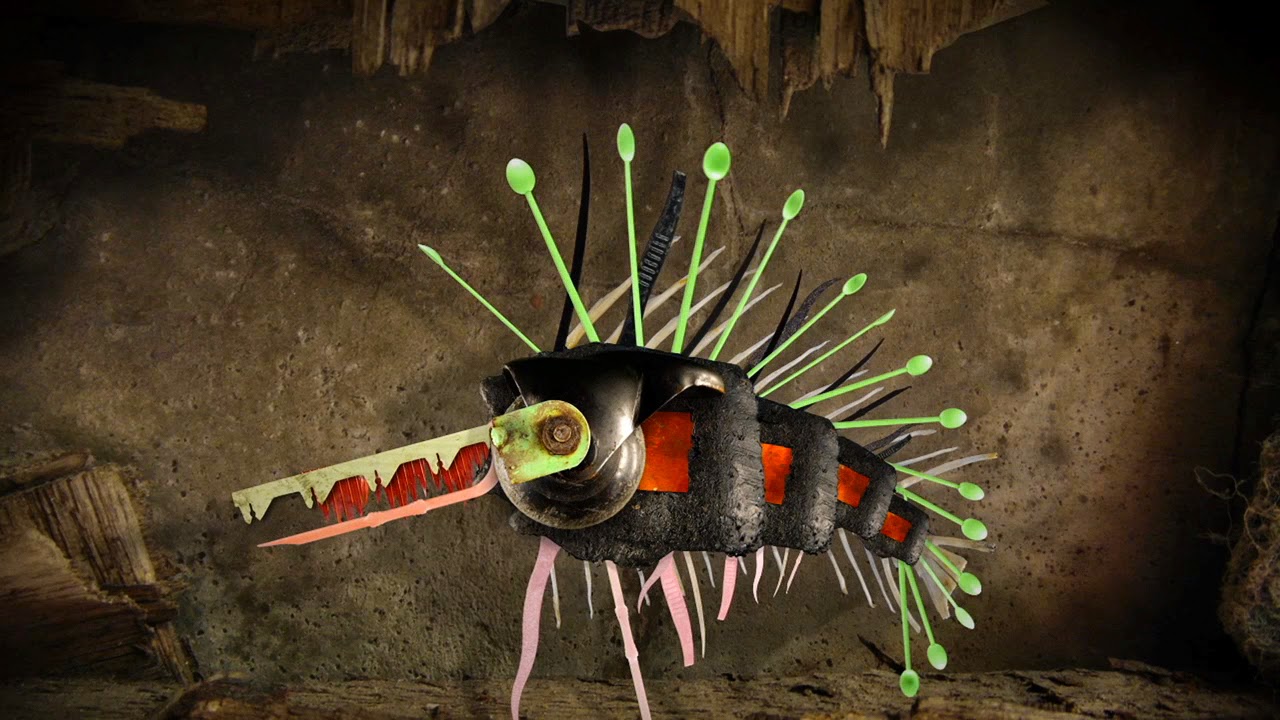 Garbadge-Sound-Maschine
Every evening around 8 pm the garbage cars drive through the districts playing either "A Maiden`s Prayer" by Tekla Bądarzewska-Baranowska or "Für Elise" by Beethoven. When the people hear this songs they come out into the streets with their garbage. My little sound machine seems to be the source of the song "A Maidens`s Prayer". 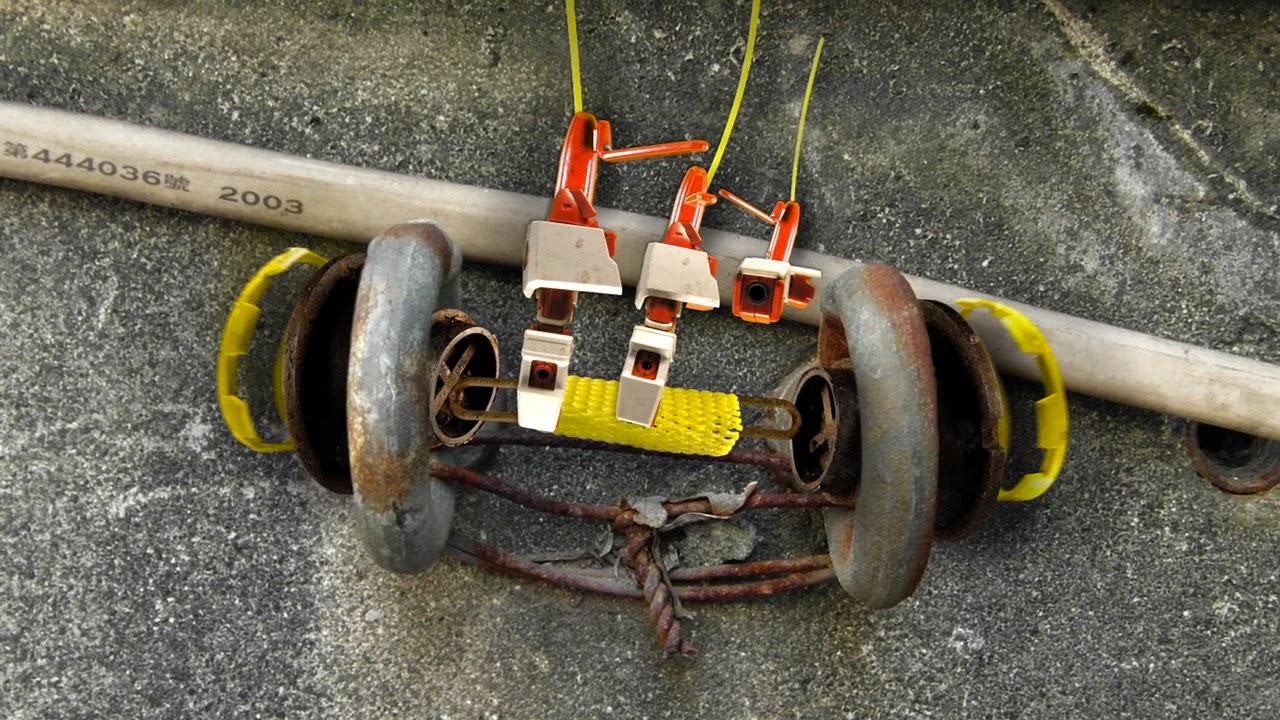 In-Between
The following In-Between starts with shots of monitoring cameras, while listening to the garbage-car-song "Für Elise". They are installed all over Taipei in order to control people throughing away waste in the streets, which will be fined. The absurd thing in Taipei is, that there are no waste pins in the streets except at metro stations. 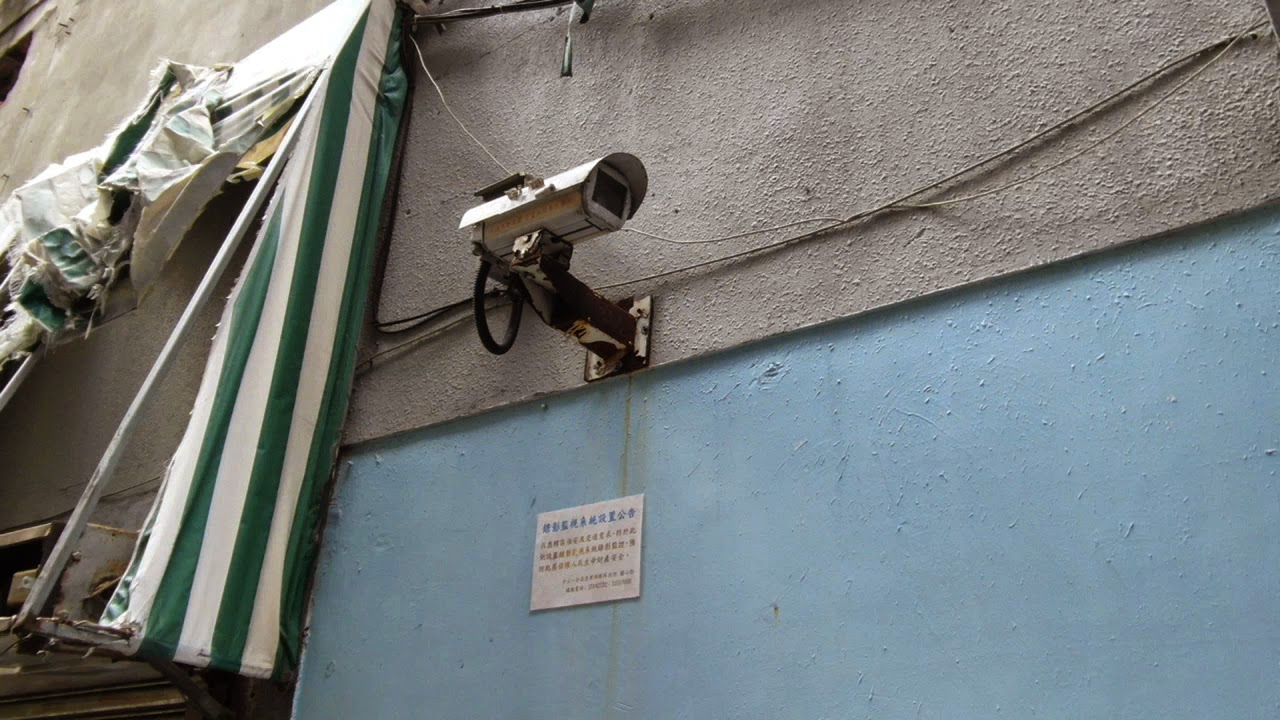 Singing Faces
The following 4 scenes show different characters singing nakasi songs. This is an traditional popular music form, where a singer is accompanied with an electric keyboard and drums. This is very popular to hear in tea rooms and in parks and people dance to it. The songs were recorded at Longshan Underground Bazaar and Guandu Dock. 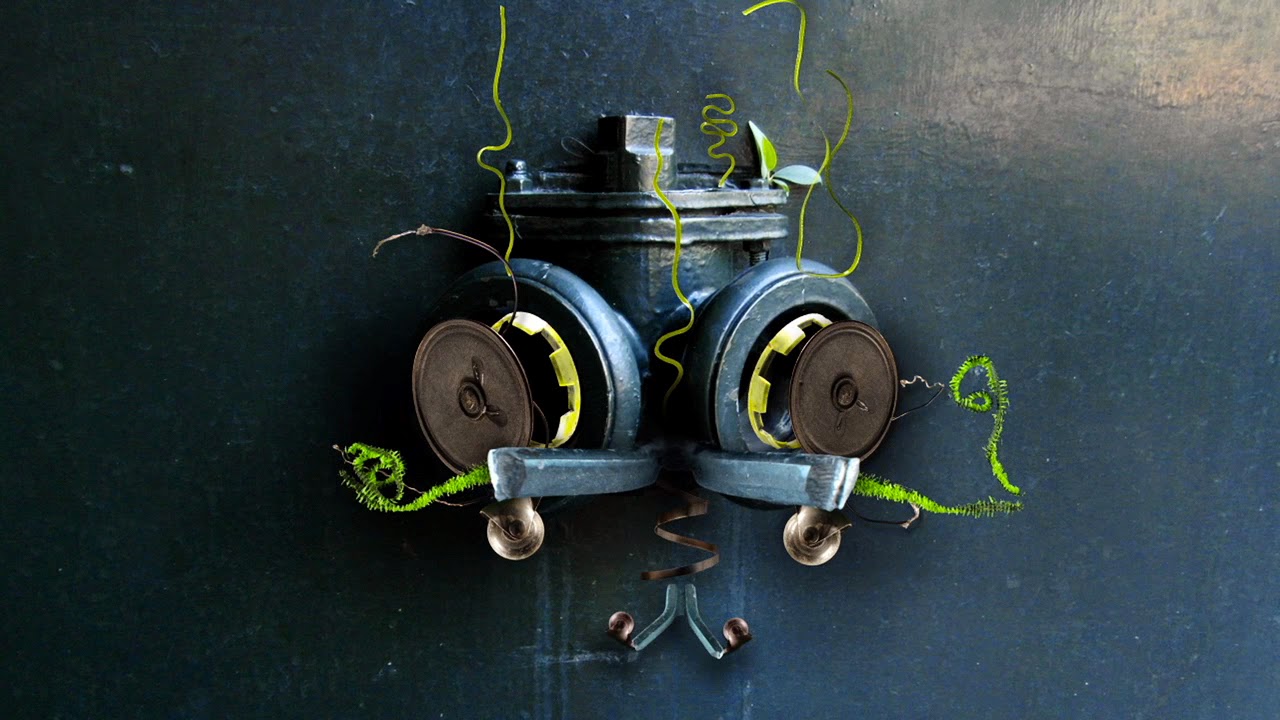 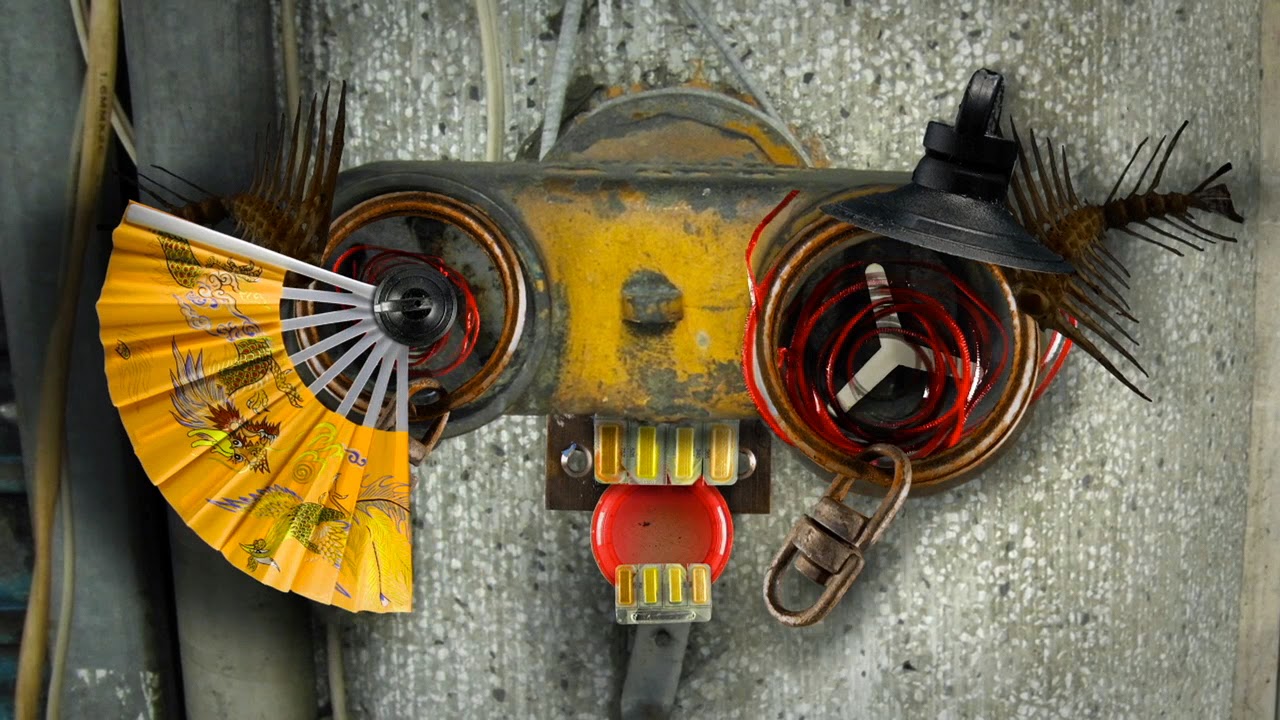 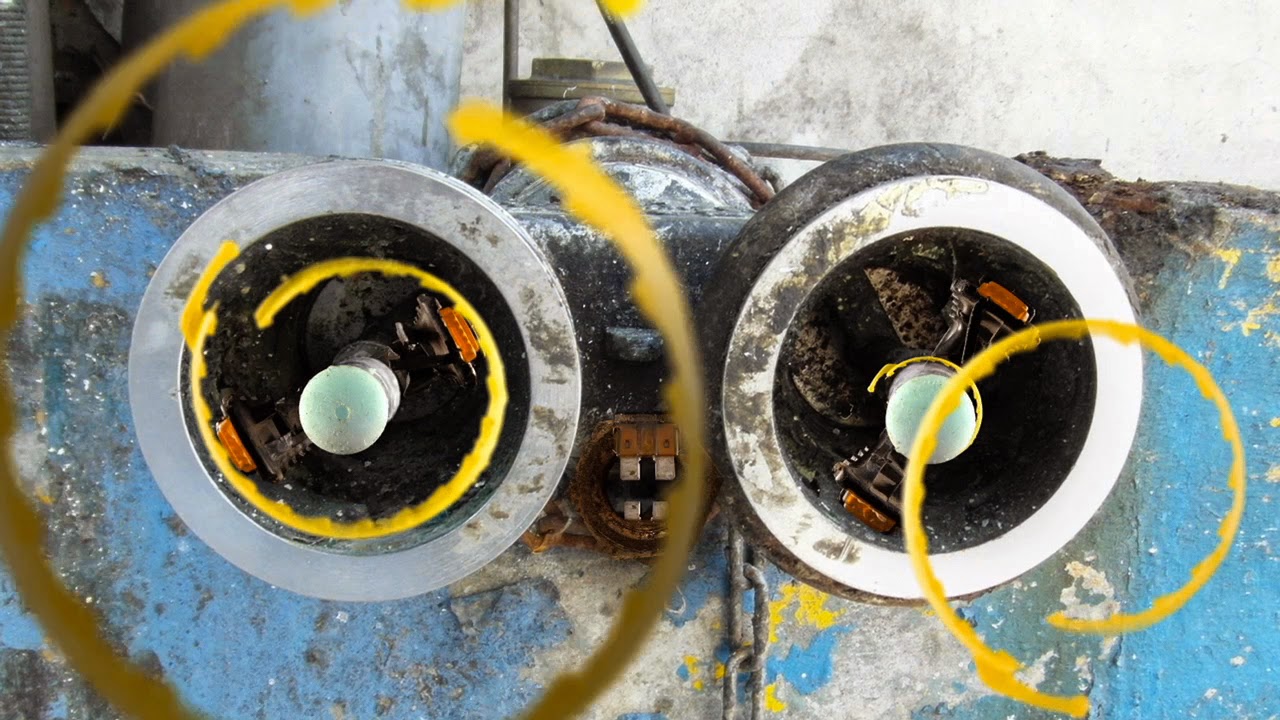 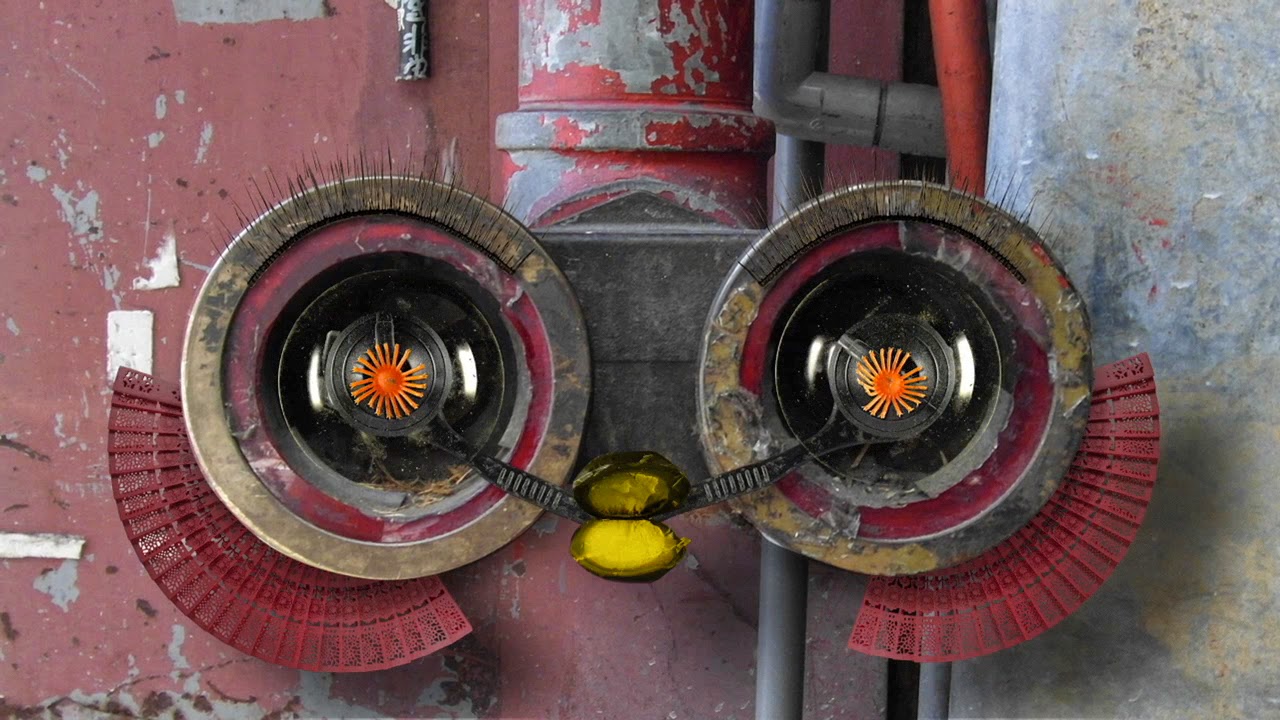 Flowers
Taiwanese people are quite superstitious. At a very common temple ritual people through half moon shaped blocks to the floor in order to ask the godness a question. Depending on the position of the woods, the godness says "yes", "no" or "maybe". In my scene different flowers grow out of the wooden blocks to symbolize that any answer has its destiny. 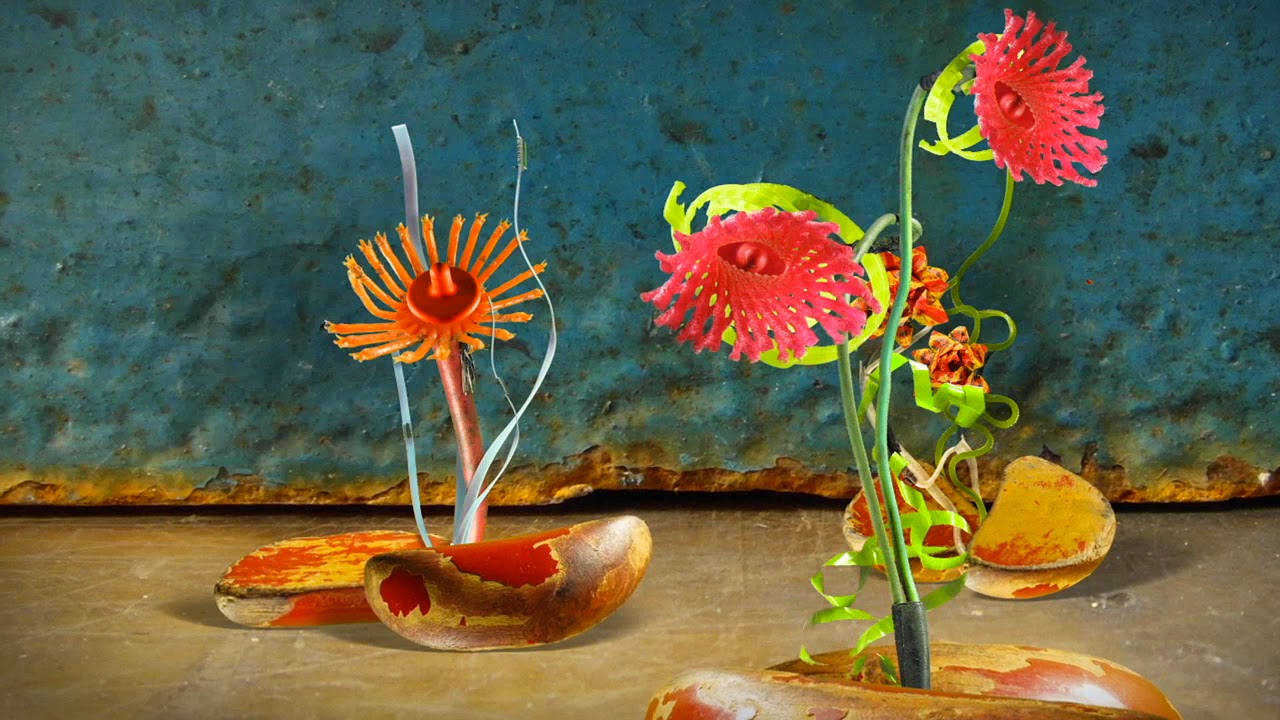 Taiwanese Opera
The music for this scene was recorded at Shilin Market, where a Taiwanese Opera was performed on a little stage during a temple celebration. A band was playing while people were performing a play based on folk tales. It was mainly about a male warrior and sorrowful female characters. My scene is a persiflage, showing dancing women interrupted by the heroic appearing of a male character. 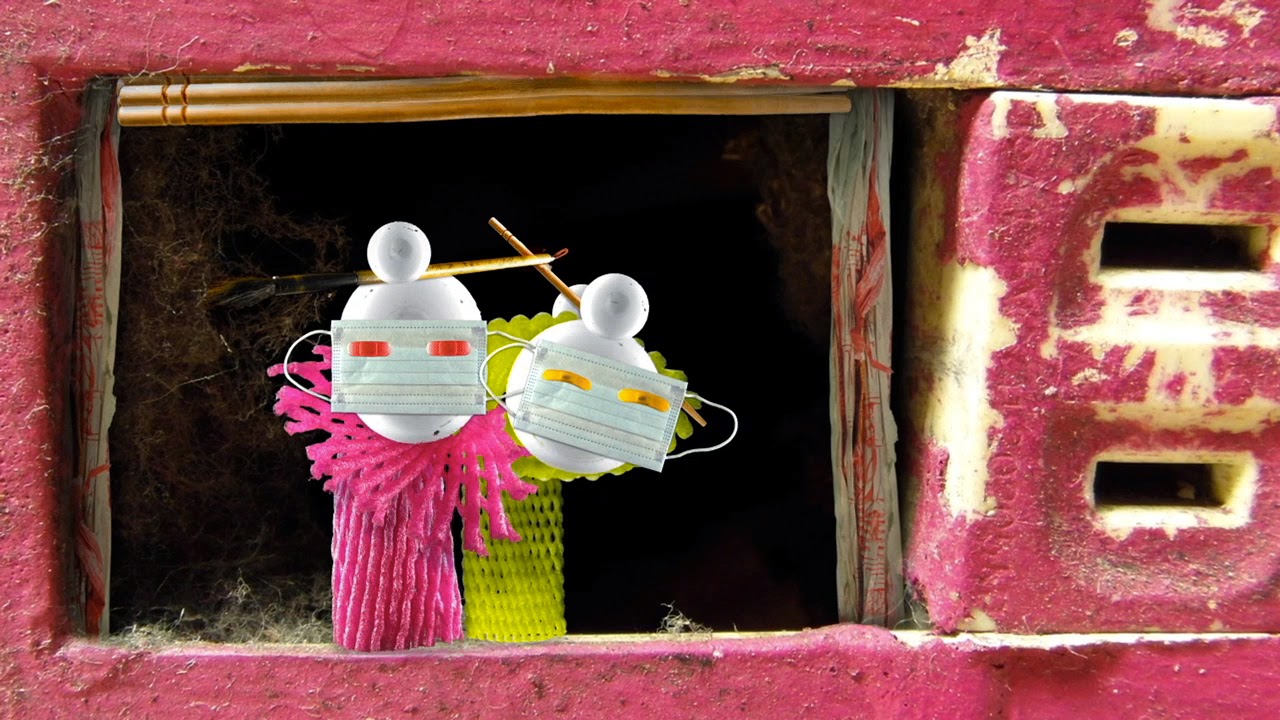 SYNOPSIS
Taipei – ghosts and gods, typhoon and nakasi musicians. In the urban hideouts of this city little creatures come to life. These are digitally composed with collected waste from the streets and typical local products. The clatter of the limbs of these creatures interacts with the soundscapes of Taipei.
FESTIVALS
2014 Diagonale Graz (AT)
2014 Crossing Europe Linz (AT)
2014 Urban Nomad Film Festival (TW)