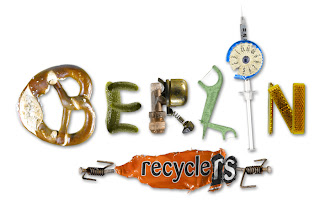 In summer 2011 I started to produce the third "Recyclers" in Berlin, the city where I live. The worldpremiere of "Berlin Recyclers" will take place at Berlinale Generation 2012!

SCENES
Techno
The techno-music from the first scene was played by outdoor-DJs in a park, in Kreuzberg, at „Karneval der Kulturen“. The golden room, where my techno-beat-machine performs, is a little gap in a wall in Kreuzberg, where the street-art and animation artist BLU has his famous mural. The techno-beat-machines exploding is caused by a loud thunder clap recorded this summer. 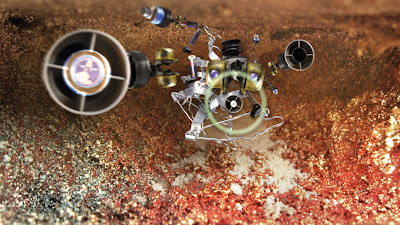 Tattoo-Skeleton
The music from this scene is by Mark Mulholland and Stefan Sander, recorded live as they played at the closing party of "East Of Eden International Bookshop". The bookshop had to close down after 10 years of existence, due to a rent increase. Berlin had a lot of creative places that have disappeared. To reflect these changes I created a dinosaur that starts to dance and finally collapses.This scene is dedicated to "East Of Eden International Bookshop". 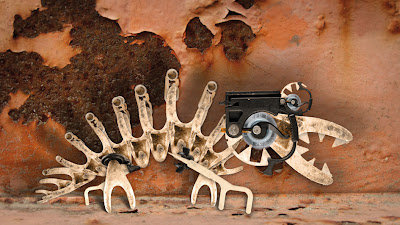 Street-Organ-Music
Organ grinders are becoming rare in Berlin. I was lucky to meet Ede, who played his street organ at Stralauer Allee next to the East-Side Gallery. He was just forced to leave his regular playing spot in the Nikolaiviertel as student residents were complaining about the "noise". He was very upset. The background from this scene is a plug fixture from RAW in Friedrichshain, it has been removed in the meantime. This scene is dedicated to Ede and his art. 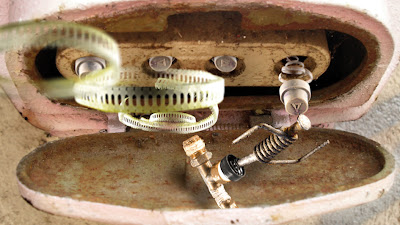 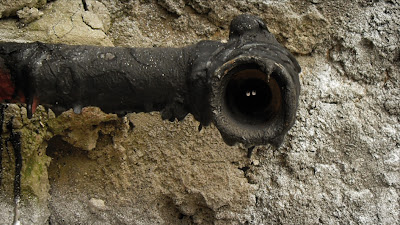 Punk
I have never realized the huge amount of hazelnut trees in Berlin before. The ripe nuts were constantly falling onto the streets or parked cars. I recorded these sounds and created a punk figure, who gets hit by a falling nut. The music was recorded at the same Antifa-demonstration like in the scene before. 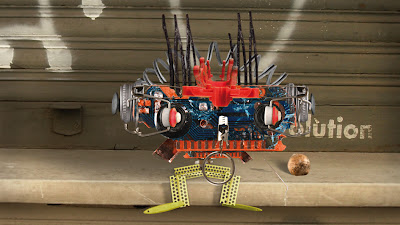 Swallow-Scene
There is a lot of wildlife in Berlin, especially birds. I recorded sounds of swallows on the roof of my house. They were flying very close to me and quickly turned off. I was reminded by Hitchcocks "The Birds" and this inspired me to create a plant that gets attacked by birds and finally strikes back. No birds were harmed in this scene, the shadow of the attacking birds are constructed with a chestnut, feathers and a shuttlecock. 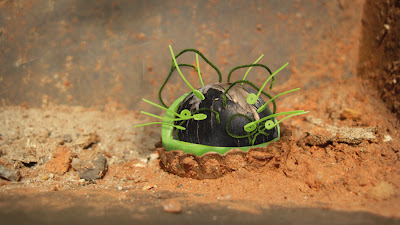 Cobblestone-Monster
The sound of hammering cobblestones is very typical for Berlin. I discovered a tiny graffiti sign in a backyard in Kreuzberg and added teeth and eyes to it. This monster waits for by-passers to beat with his cobblestones. The big chance finally appears: an insect jumps in front of him and gets hammered. The feet of the insect are constructed with disposable dental-floss gadgets, the most frequently found item in the streets of Berlin, beside beer-caps! 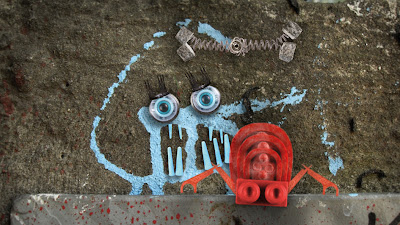 In-Betweens
The "in-between" shot at Kottbusser Brücke shows the portraits of Fatima Hussein Babi and Jabbar Salavan. This is an amnesty-international-campaign created by the streetart-collective "Mentalgassi". You can hardly see the pictures, they get visible from a specific angle while passing by.
http://50jahre.amnesty.de/aktuelles/2011/12/02/auch-ohne-magie-das-unsichtbare-sichtbar-machen.html 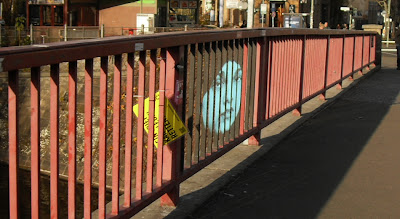 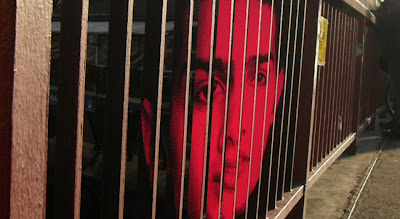 The last "in-between" shows a street-art puppet at Oberbaumbrücke. It is there since August 2011. I have just found out about the artist: www.milo-project.com. Very impressive. 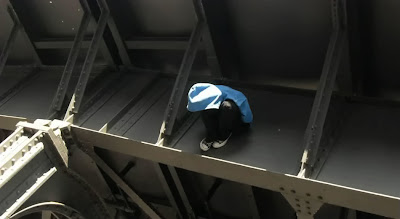