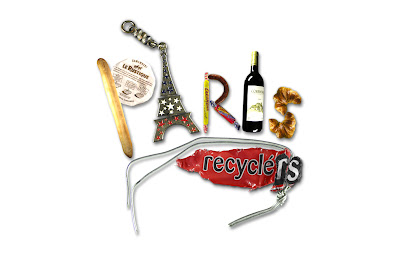 I chose Paris for the first "Recyclers" film. I rented a small flat in the 11th district in July 2010. I walked through the streets daily in order to collect waste, record significant sounds and take photo-series. Back in my (tiny) flat I animated the objects on green-screen and designed the figures. 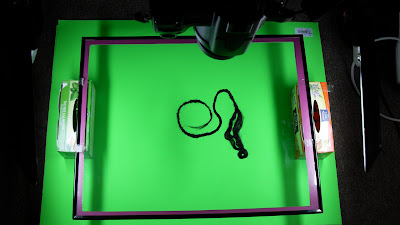 I couldn`t throw away the waste after animating it, because I would need the objects later to create the sound design. So I rapped everything in plastic bags and left them in the corner. 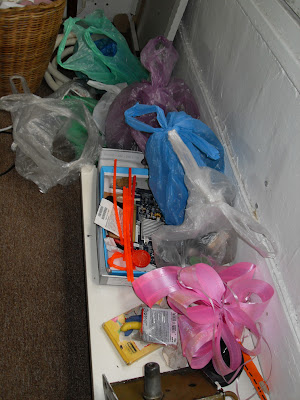 The eye, used for this creature, is from the fleamarket at Puces de Saint-Ouen. The background is a street art stencil from the 3rd district. The sounds are all recorded at Belleville market. 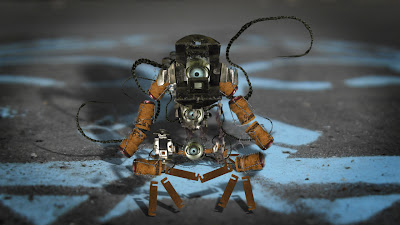 Tobias
Every afternoon a little boy, in my backyard, called for his friend to come down to play: “Tobias? Tu viens jouer?” Sometimes he was standing there for ages. The sounds of playing kids were all recorded in my backyard. 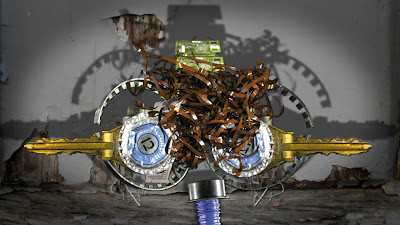 Cheese-Invader
The "Space Invader" character can be seen in urban spaces all over the world, also in Paris, where the artist comes from. Inspired by this figure I designed the "Cheese-Invader" with cheese packages. Sounds of a trumpet make the cheese packages fall down and beneath beer-caps appear. So my figure is only a "faked invader", composed with dots instead of pixel. The trumpet player I recorded on Quai Voltaire, where he was sitting next to the river and practicing his instrument. 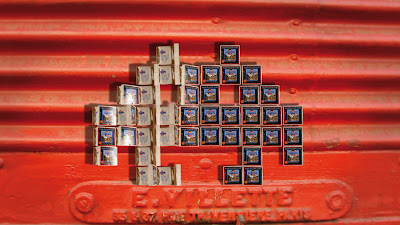 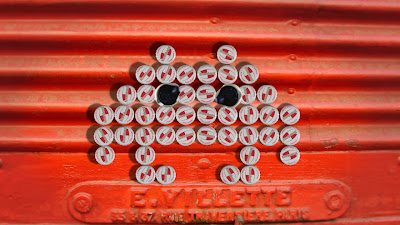 Fraggle-Figure
The place in front of Centre Pompidou is always packed with street-musicians and tourists. There the piano song for this scene was recorded. The fraggle-figure dances to the song and falls off his little stage, because of being too enthusiastic. 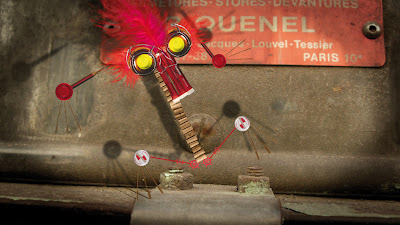 One day it was so noisy in my flat because of construction works, I couldn`t concentrate at all. I recorded the noise and created a warrior who seems to shoot with its body, till he finally explodes. 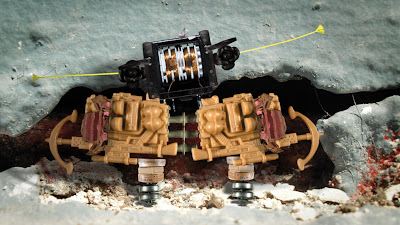 Melancholy
Buttes Chaumont is a very relaxing park in the center of Paris, where i spent a lot of time. One day I heard someone singing a nice French song, so I quickly sat near and recorded it. My friends say this song is "too cliché-french". Exactly what I wanted! I used this song for this scene and also for the in-betweens. 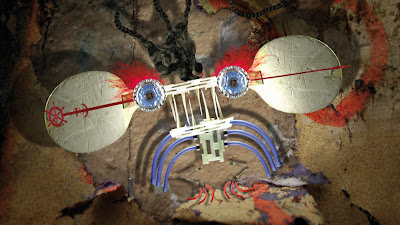 Metro-Monster
The metro-noises are very significant in Paris. The used sounds in this scene are recorded in an especially noisy metro: metro number 11, when I was on my way to Montreuil to an exhibition. 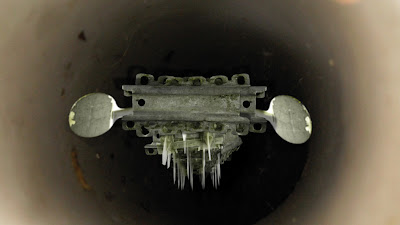 Sometimes I had to kneel on the floor for ages to capture the close-ups for the backgrounds. It took me a lot of will-power to take the photos of the rain-pipe next to the dogs piss. People around started to stare. But this location was just perfect for the metro-monster. 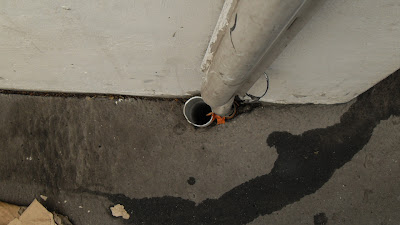 Ladybird
The architecture of Musee Du Quai Branly is very impressive: the outside walls are covered with plants, like an upside-down meadow. I knew at once that this had to be a background for a scene. The bird sounds were recorded in Bois de Vincennes, a park in the east of Paris. 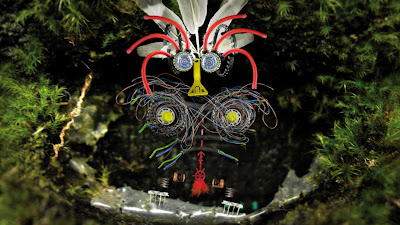 SYNOPSIS
Paris - picturesque and cosmopolitan, chansons and street art. „Paris Recyclers“ portraits the cultural, social and urban fabrics of this city by means of experimental animation. The viewer is guided to urban hideouts where little creatures dwell. These are digitally composed with collected trash and typical local products. The clatter of the limbs of these creatures interacts with the soundscapes of Paris.

PRESSTEXT
Contrary to its name, so-called street art has been socially acceptable for a long time now. British graffiti star Banksy eternalized himself and his work in a movie, and the honorable Viennese Museumsquartier commissioned the guerilla tile-artist “Space Invader” to apply his trademark in its entryway.
In Nikki Schuster’s stroll down a Parisian street “space invader” also makes an appearance: the distinctive outline of the spaceship suddenly floats in front of an old metal Venetian blind. But in this case it isn’t stuck onto a background, but instead, fluttering, changes its form, which is made up of old cheese wrappers.
Animation artist Nikki Schuster quotes street art when, in the first shot, she pans past a stencil, a patterned logo sprayed onto the sidewalk. But the colourful markings in public space are merely the stage for a ballet of overlooked things: little creatures made of trash carrying out their choreography; tottering, ringing, and rattling before the camera. The trash monsters built from found objects are animated in front of the camera in single frame projection and subsequently put together on the computer. The sound, too, is found: a mixture of street noises, children’s shouts, a street musician’s tune in the background. The sounds from the little creatures, which jump in front of the camera like goblins, are generated for their part from the sounds of their own materials: an old magnet strip crackles, keys jangle, bottle tops rattle metallically, the sugar in the paper packaging rustles, and champagne corks grate in their aluminium wiring. Upon closer inspection, picturesque Paris, where graffiti has also meanwhile seamlessly integrated into the street scene, turns out to be a biotope inhabited by extremely lively bastards of human consumerism. They live everywhere: in the cracks of walls, folds of posters, drainage pipes. And while a street musician reels off his chanson repertoire on the surface, they give their own dingy-raspy concert.
text: Maya McKechneay